A Man Hanged – Eight Songs for a Mad King

George, our mad king, is suffering from hallucinations and is painfully aware of his failing mental state. During his first episodes of madness, he is subjected to torture, starvation, reproach; he is kept in a stable where he is treated like an animal.

A Man Hanged is based on the work Eight Songs for a Mad King by Peter Maxwell Davies. The main character is King George III, who ruled in Britain between 1760-1820.

Eight Songs for a Mad King - This is a Man Hanged

A Musical, Artistic, and Scientific tale of Mad King George

With my body at stake, I put myself at the feet of King George III and lament his destiny.

“Sounds made by humans under extreme physical or mental duress” makes out the basis for Maxwell-Davies’s Eight Songs for a Mad King.

The vocal techniques used in the piece originates from Alfred Wolfsohn, who served as a field surgeon during World War I.

…but after the war, he still heard the soldier’s screams. They continued to haunt his mind and soul.

To cure himself of these terrifying auditory hallucinations he began copying them.

We, however, strive not to only mimic humans in distress. We want to get under the skin of King George III, the “Mad King” of the piece, and in the most literal sense.
We explore his madness and the sounds made by a body in true distress.

In A Man Hanged, we explore the concept of extreme duress from three different angles – by merging science, classical composition, and live body suspension paired with biophysical instruments in one performance.

Thus, we hope to shed new light on the story of a king who was, perhaps, never meant to rule, but did so for 60 years.

For the Emperor was mad; and at times he knew it and wept. 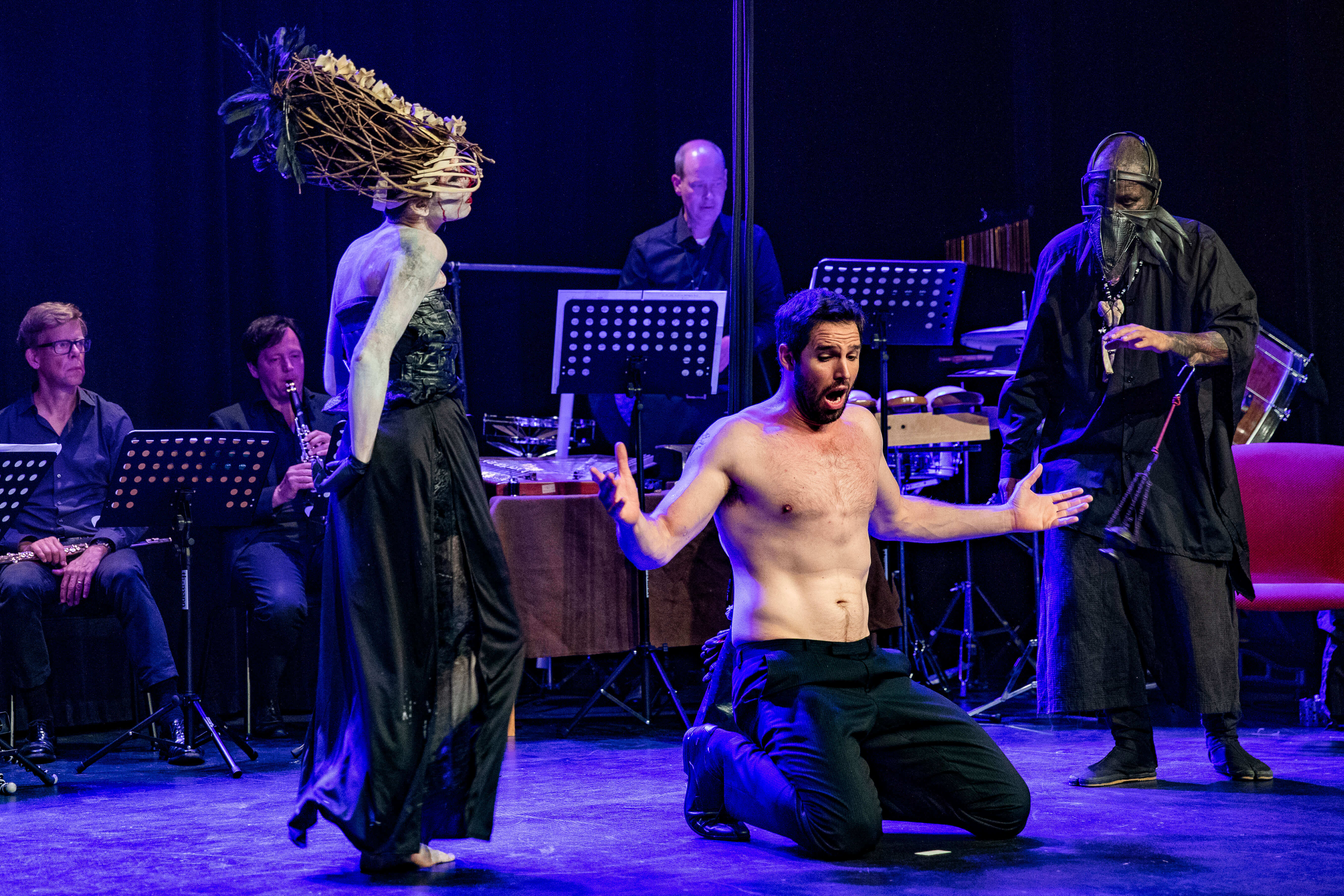 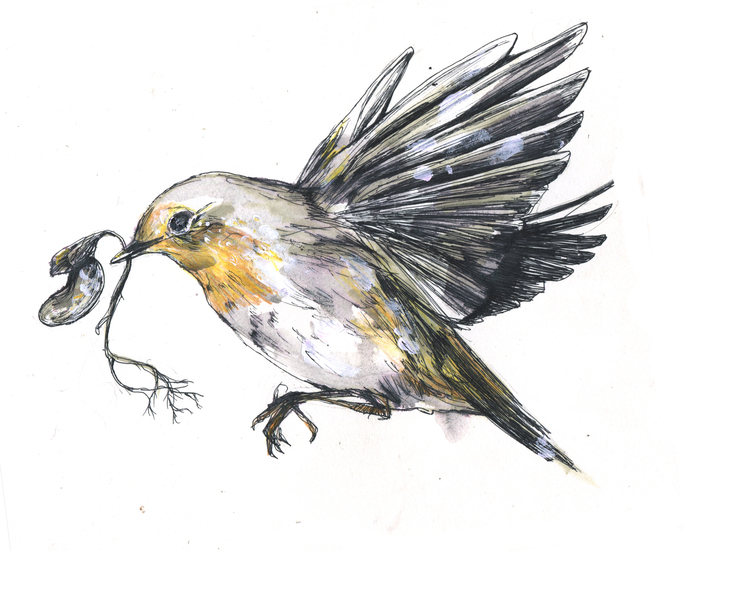 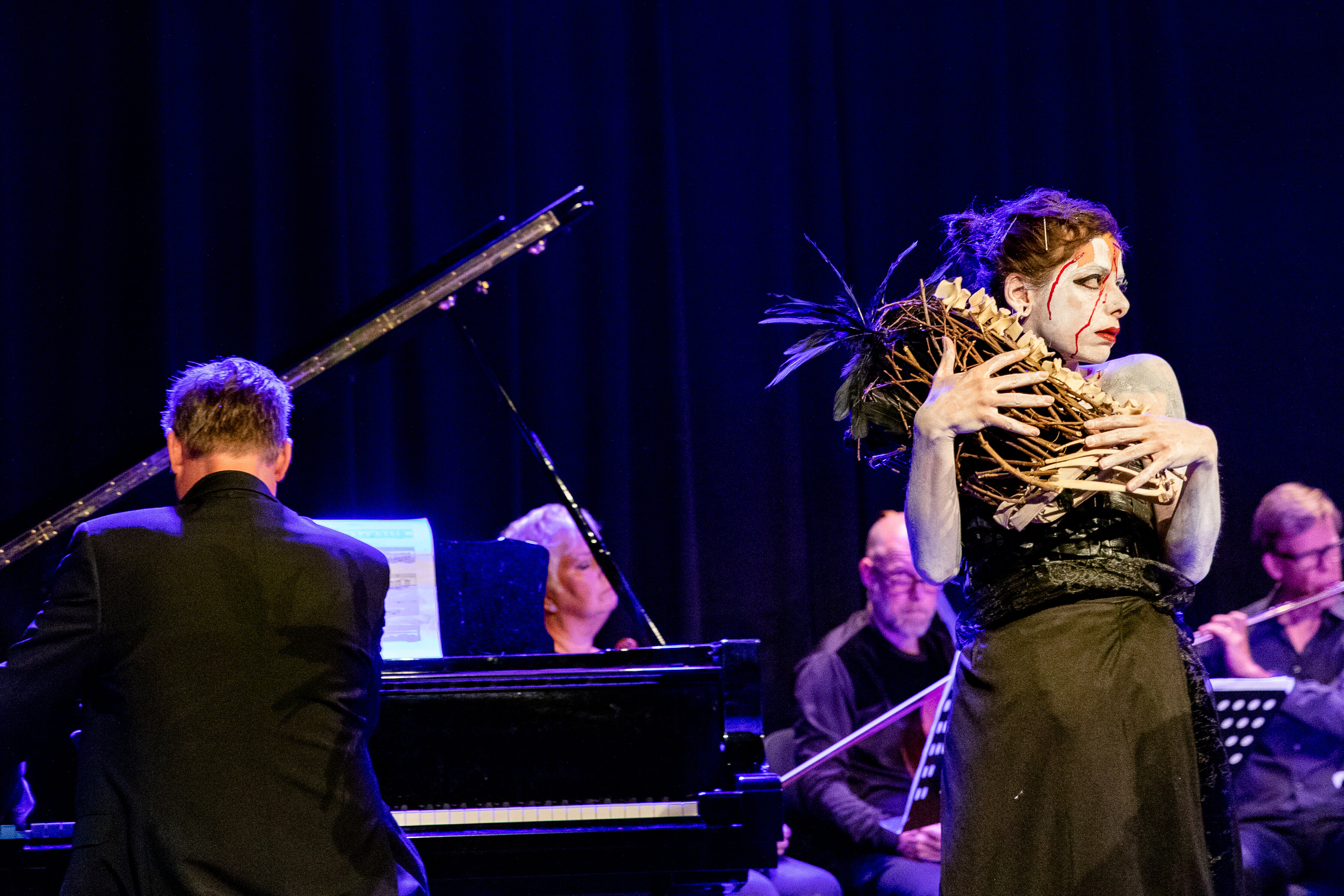 A Man Hanged – Eight Songs for a Mad King is a performance in three parts.

So, what was the nature of this body’s torment?
Give me a name!
Because I want to name you, darkness! I want to understand you.
You see, it’s easy to just see the King and the Glory and to forget his flesh.
He was a human like all of us after all.

Why was George mad? What caused his suffering?

Welcome to the story of a body named George.
Artwork by Darkam, Alex Boya, and Anna Zakrisson.

Eight Songs for a Mad King

Maxwell-Davies masterpiece tells the story of the Mad King, sung by Joa Helgesson.
In the piece, Joa Helgesson gets suspended on hooks by the fakirs Darkam & Betor Rea from Santa Sangre Bodyrituals (graphic material).

The inclusion of body suspension in the piece is an attempt to show George in all his humanity and reflect on his vulnerability and the actual treatments he was exposed to. Mental illness meant torture, even if you were a king.

The performance ends with a showcase of the actual sounds made by a body under immense pressure. Microphones are attached to Helgesson’s body taking up the sounds of his muscles contracting during the suspension. The biophysical instruments built by Helgesson and Zakrisson are based on Marco Donarumma’s Xth Sense.

Thus, every performance will produce a different soundscape due to the biological variability of the performance. 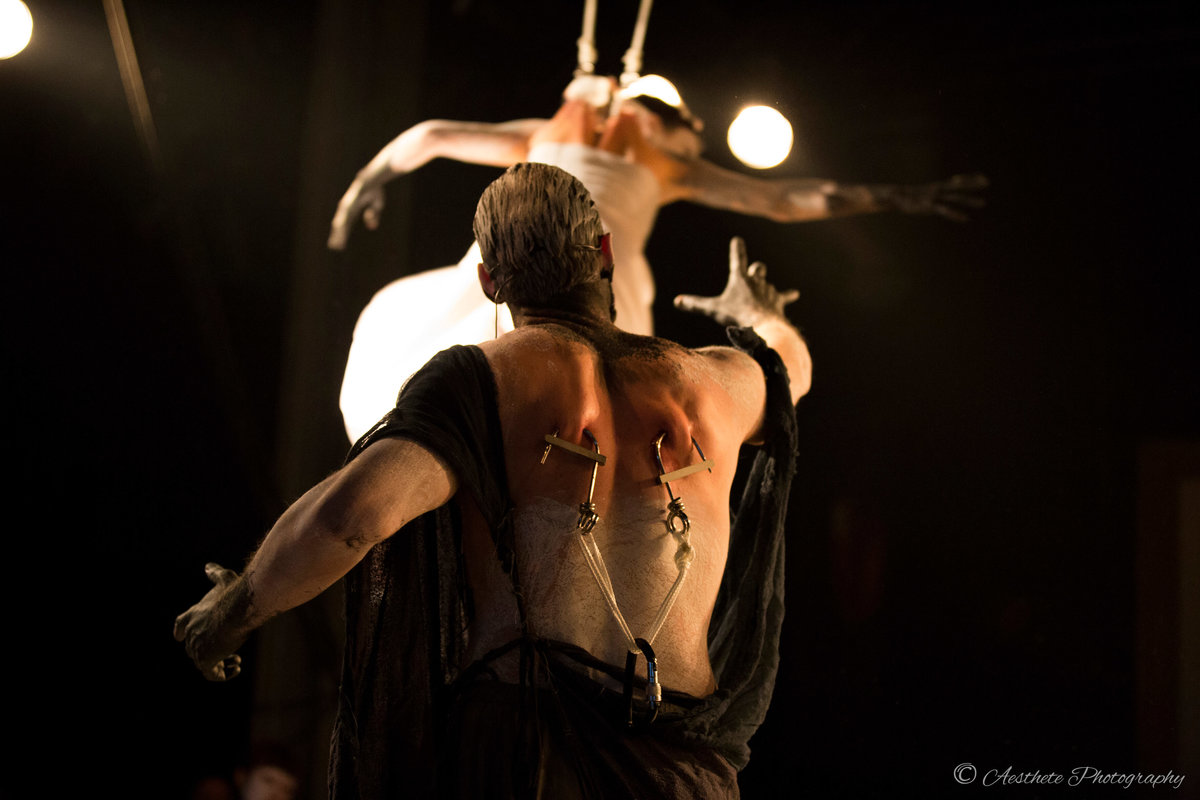 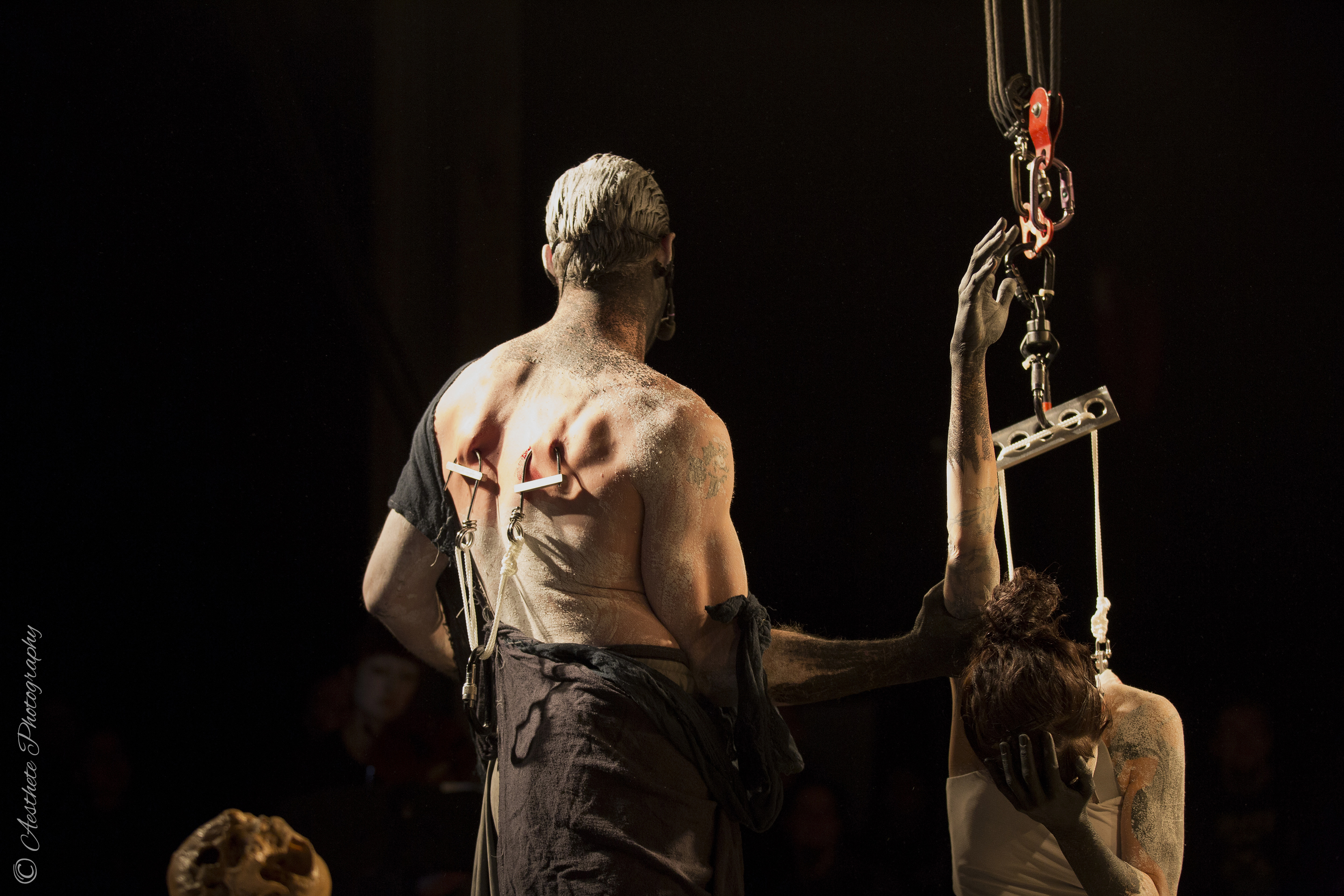 Step into our world, for this is for real

The Mad King tried to teach the birds how to sing.

“People thought he was mad, but really (the Prince) said that the people misunderstood and that he just had an illness. He thought that he was a really good king.”

Lord Chancellor, did I deliver the speech well? I am glad of that, for there was nothing in it.
– George III of the United Kingdom

I wish nothing but good; therefore, everyone who does not agree with me is a traitor and a scoundrel.

Was there ever such stuff as great as part of Shakespeare? Only one must not say so! But what think you? – What? – Is there not sad stuff? What? – What?

I spend money on war because it is necessary, but to spend it on science, that is pleasant to me. This object costs no tears; it is an honour to humanity

Book "A Man Hanged - Eight Songs for a Mad King"

This website uses cookies to improve your experience while you navigate through the website. Out of these, the cookies that are categorized as necessary are stored on your browser as they are essential for the working of basic functionalities of the website. We also use third-party cookies that help us analyze and understand how you use this website. These cookies will be stored in your browser only with your consent. You also have the option to opt-out of these cookies. But opting out of some of these cookies may affect your browsing experience.
Necessary Always Enabled
Necessary cookies are absolutely essential for the website to function properly. This category only includes cookies that ensures basic functionalities and security features of the website. These cookies do not store any personal information.
Non-necessary
Any cookies that may not be particularly necessary for the website to function and is used specifically to collect user personal data via analytics, ads, other embedded contents are termed as non-necessary cookies. It is mandatory to procure user consent prior to running these cookies on your website.
SAVE & ACCEPT